Microsoft got the tech world excited when it first announced its intention to not only release a Surface smartphone, but that it will come in a dual-screen form factor back in October of last year. Now we have a release date and a price, as well as a pretty sweet promotional video. 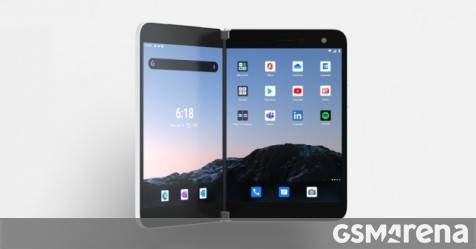 Now that we have more details it kind of seems like the initial hype was misplaced. Specs are underwhelming with last year's flagship Snapdragon processor, a small battery (especially for two displays), no NFC, IP rating, or stereo speakers, and with no international availability announced, it seems like only the US can look forward to this device (for now).

With a $1399 starting price some people are already saying that Samsung's upcoming Galaxy Z Fold 2 will be a better option, so Microsoft is already facing an uphill battle.

Are you interested in Microsoft's first foray into the world of multi-display smartphones and Android?