Hiking the John Muir Trail on the brink of winter

We woke up to a sunny but chilly morning with 20 mph winds. The view of Kearsarge lake from our camping sport was incredible.

We got on the trail at 11 am, undesirably late. But we were so cold in the morning, it was hard to get out of our sleeping bags until direct sunlight hit camp at 9 am. Photo by @xelanil. I'm not a morning person, and didn't want to wake up to get this epic photo. 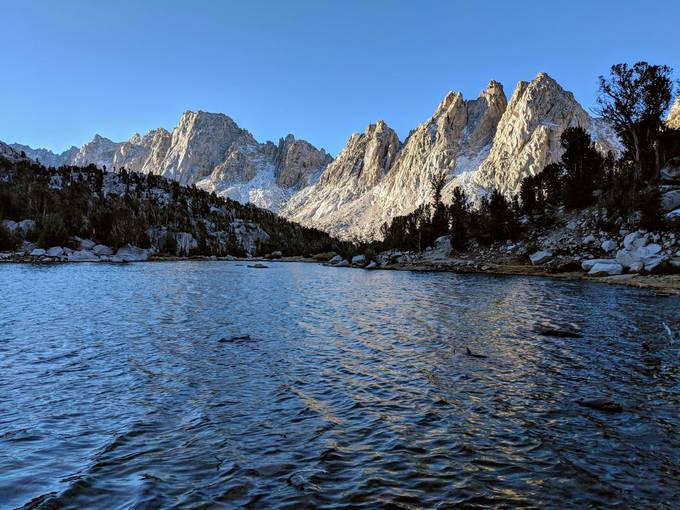 We dropped down into the upper south fork Kings Canyon, about 15 miles upstream of the nearest road in the park. It was epic. This massive canyon bigger than Yosemite Valley had merely one trail running through it. This was desolation.

We were still so beat by the elevation. 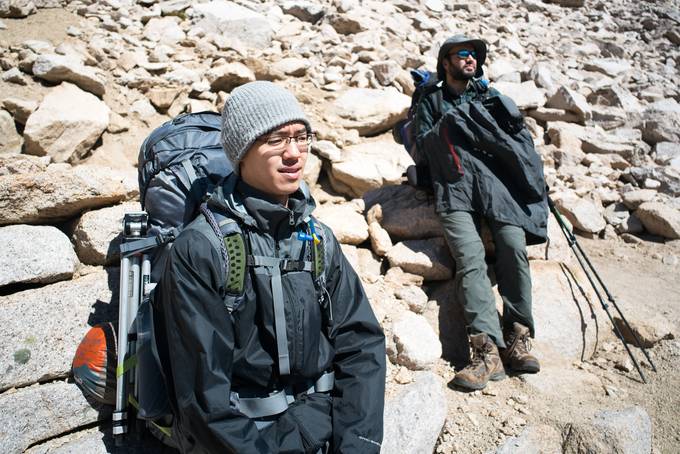 The goal for Day 2 was to catch up on miles by making it over the Forester pass, but a storm was rolling in and daylight was quickly running out. Forester Pass sits in the storm clouds of the photo below. 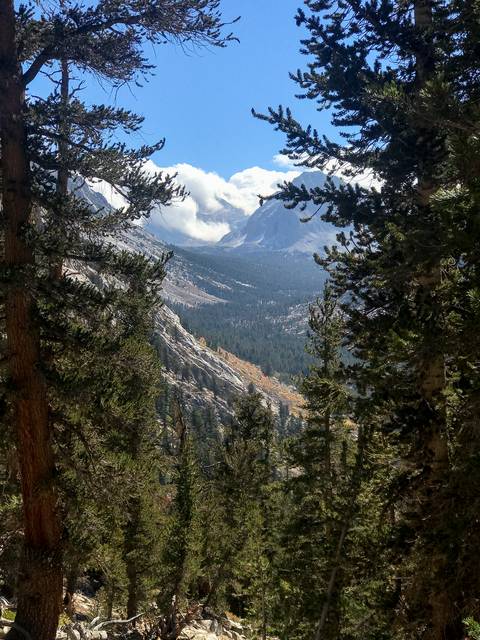 Forester Pass stands at 13,200 ft, far above the tree line. A storm at this altitude could be deadly, especially with negative nightly temperatures. 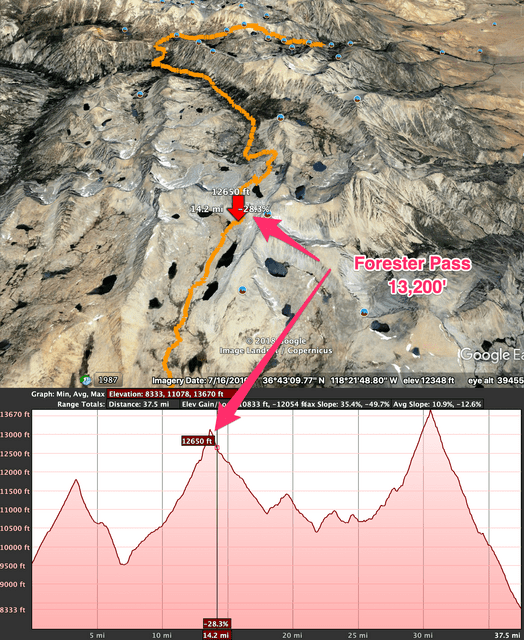 We decided to wait out the storm. We setup camp a few miles from the top of the pass and hoped the clouds would break in the morning. Here's the view down Kings Canyon from camp. 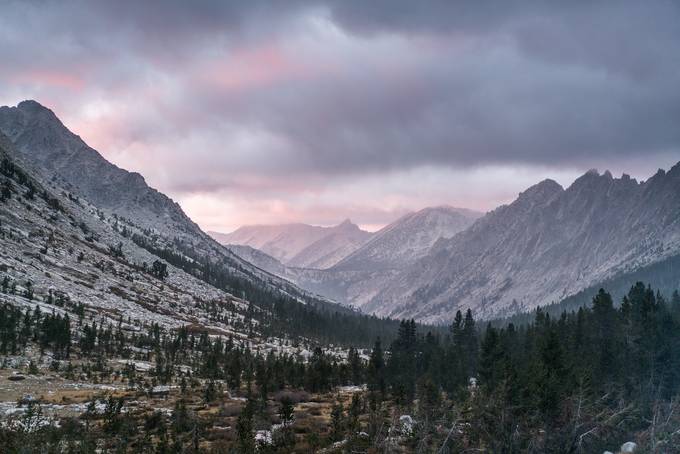 It was a cold night. Here's looking up at Forester. 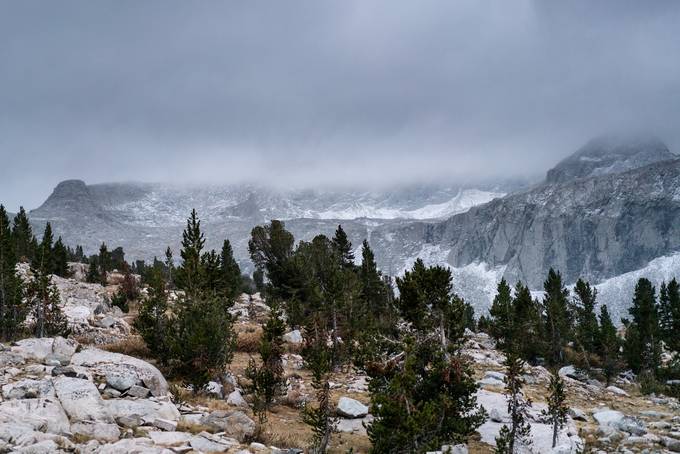 We got a light dusting of snow. 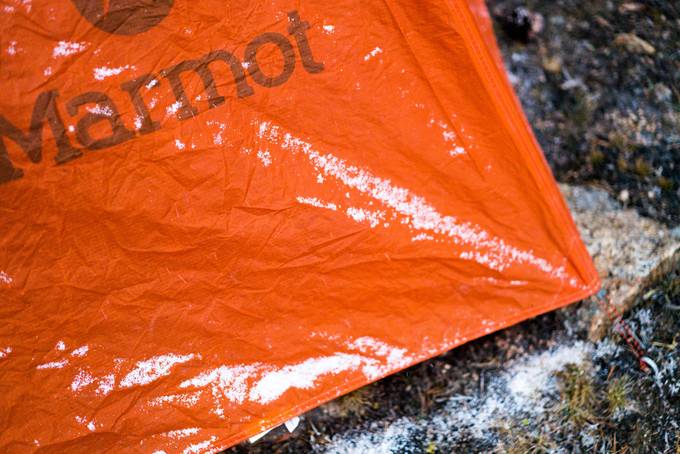 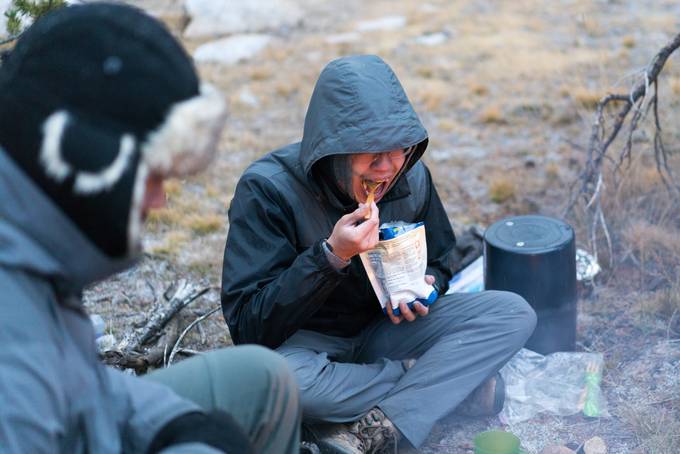