Many in the scientific community believe birds are the direct descendants of dinosaurs, which is pretty interesting.

I was intrigued by this statement. I wasn't aware that there was any opposition to the theory that birds are descended from dinosaurs. Apparently there is - the Birds Are Not Dinosaurs (BAND) movement suggests they descended from Triassic reptiles that bear little to no resemblance to birds. The article here has a lot of terminology that makes it difficult for anyone that isn't a paleozoologist. But the author doesn't think there's any real credibility to the movement. And the prevailing thought is that birds are dinosaurs. 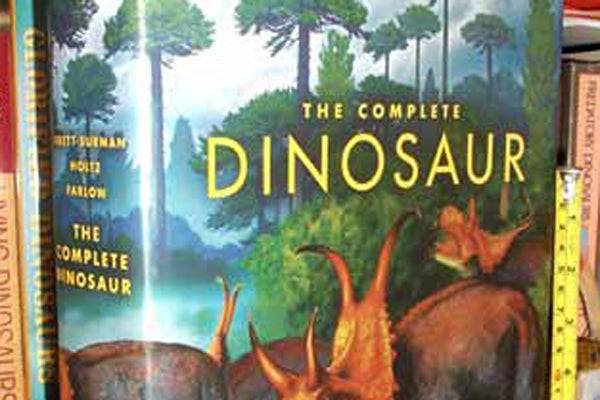 The "Birds Are Not Dinosaurs" MovementBirds are dinosaurs. But some scientists argue that this just can&rsquo;t be so because... because... well, it just can&rsquo;t. What, specifically, are their arguments?blogs.scientificamerican.com

I suppose creatures like the pterosaur lend credence to this line of thinking.

My daughter likes dinosaurs and loves watching Dinosaur Train. One of the things I've learned from watching it with her is that pterosaurs are not dinosaurs. They were flying reptiles. So birds aren't related to pterosaurs - they actually descended from theropods, which were dinosaurs that walked only on two feet. Dinosaurs such as velociraptor and tyrannosaurs are theropods.

I had always thought dinosaurs were huge reptiles from the Mesozoic period, but that's not true, either. It's my understanding that one difference between the two is that dinosaurs had legs that came straight down from the body, while reptiles all had legs that came out to the side (think of crocodilians.) There's also evidence now that suggests most dinosaurs may have had feathers or at least protofeathers, while I assume pterosoars did not since they were reptiles.

Did All Dinosaurs Have Feathers?A newly-discovered fossil raises the possibility that all dinosaur lineages were fuzzywww.smithsonianmag.com